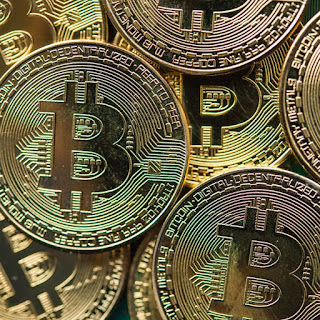 Bitcoin is currently the most popular cryptocurrency. The problem bitcoin is trying to solve is an important one faced by many people across the world. Leo Tolstoy said, “money is a new form of slavery.” By controlling money, vast power is wielded in today’s world. The enormous amount of money in circulation is primarily controlled by bankers and they wield the powers of inflation and currency debasing as methods of increasing and controlling product prices throughout the economy
Centralized and institutional control of currency is the problem bitcoin is trying to solve. Bitcoin, like many other cryptocurrencies, gives power to the people using the cryptocurrency as they do not require authorities in a centralized system to do business and make purchases. By being peer to peer (P2P) and decentralized it lets people trade without having the rules of the transaction dictated by third parties. Cryptocurrency enables users to act anonymously and this removes power traditionally held by financial institutions.
What is Bitcoin?
Bitcoin is a cryptocurrency, a form of electronic cash. It is a decentralized digital currency without a central bank or single administrator that can be sent from user to user on the peer-to-peer bitcoin blockchain network without the need for intermediaries..
It is the first decentralized peer-to-peer payment network that is powered by its users with no central authority or middlemen. Bitcoin was the first practical implementation and is currently the most prominent triple entry bookkeeping system in existence.
Who Created Bitcoin?
The first Bitcoin specification and proof of concept was published in 2009 by an unknown individual under the pseudonym Satoshi Nakamoto who revealed little about himself and left the project in late 2010. The Bitcoin community has since grown exponentially.
Satoshi’s anonymity often raises unjustified concerns because of a misunderstanding of Bitcoin’s open-source nature. Everyone has access to all of the source code all of the time and any developer can review or modify the software code. As such, the identity of Bitcoin’s inventor is probably as relevant today as the identity of the person who invented paper.
Who Is Involved In Bitcoin?
Over 1 Billion dollars of investment into Bitcoin and blockchain companies has taken place resulting in thousands of companies and hundreds of thousands of individuals involved from around the world.
Who Controls The Bitcoin Network?
Nobody owns the Bitcoin network much like no one owns the technology behind email or the Internet. Bitcoin transactions are verified by Bitcoin miners which has an entire industry and Bitcoin cloud mining options. While developers are improving the software they cannot force a change in the Bitcoin protocol because all users are free to choose what software and version they use.
In order to stay compatible with each other, all users need to use software complying with the same rules. Bitcoin can only work correctly with a complete consensus among all users. Therefore, all users and developers have a strong incentive to protect this consensus.
How Does Bitcoin Work?
From a user perspective, Bitcoin is nothing more than a mobile app or computer program that provides a personal Bitcoin wallet and enables a user to send and receive bitcoins.
Behind the scenes, the Bitcoin network is sharing a massive public ledger called the “block chain”. This ledger contains every transaction ever processed which enables a user’s computer to verify the validity of each transaction. The authenticity of each transaction is protected by digital signatures corresponding to the sending addresses therefore allowing all users to have full control over sending bitcoins.
Thus, there is no fraud, no charge-backs and no identifying information that could be compromised resulting in identity theft. To learn more about Bitcoin, you can consult the original Bitcoin whitepaper, read through the extremely thorough Frequently Asked Questions, listen to a Bitcoin podcast or read the latest Bitcoin news.

You may have missed

Before you go, let us notify you on our next Post